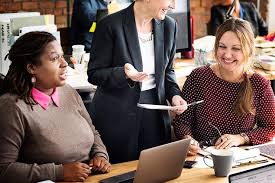 We understand that surveillance is not only conducted within the confines of a vehicle. We have implemented alternative techniques in the event the subject travels to a location not accessible by vehicle. Below are the type of surveillances our agency offers.

The fixed surveillance, or “stakeout,” requires officers to surreptitiously observe people and places from a distance. Variations include the one- and two-person surveillance methods.

Tw0-person surveillance methods are more complex to run, but provide two bonuses. Investigators can change positions more often, which greatly reduces the possibility of detection. This technique is also called the ABC Method, whose name refers to the investigators’ assigned roles. Person A stays behind the suspect, followed by the second investigator.

Undercover operations amount to another form of surveillance, but in this method the investigator plays an active role in revealing criminal or civil activities. For example, an undercover  investigator might begin infiltrating the group by adopting the same hobbies or jobs as the suspects. This is a common practice when dealing with non-compete business related investigations or theft investigations.